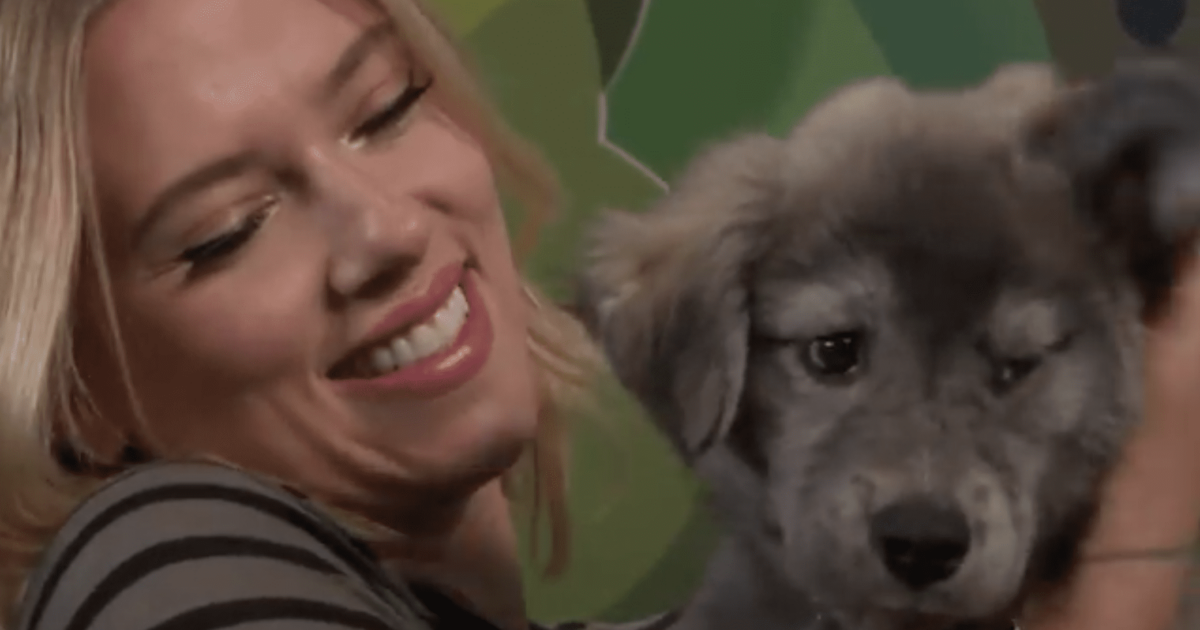 At the annual Toronto Film Festival in September, filmmakers and stars gather to watch and celebrate noteworthy cinema. They also get the pleasure of meeting rescue puppies from Canadian rescue organization Finding Them Homes. Sadly, the festival went virtual in 2020 due to the pandemic. So: here’s a little look into the past and at some of the famous dog-lovers who got to participate in the puppy snuggles.

The Marriage Story and Lost In Translation actress lost it when she saw how cute these puppies were. That puppy obviously didn’t know he was being held by an Oscar nominee.

Chris Pine, who was there representing his film Outlaw King in 2018, got in on some cuddles too.

Even when petting a puppy, the Dark Knight star remained all-business. The yawning puppy not so much.

While premiering her series Limetown, Jessica Biel had a chance to give a few puppies hugs. Gorgeous as she looks, the white dog on the right kind of outshines her in this picture.

The actor attended the festival for his film The Personal History Of David Copperfield. He couldn’t help but explode into smiles with a little dog in his hands.

Laurie managed to put on a familiar smirk when he picked up a little pup. It almost looks like the dog took that cue as well.

The Scandal star didn’t want to disturb a sleepy boy, so she compromised on pets alone. That little blep is to die for too!

Leave it to the Unbreakable Kimmy Schmidt star to pose like he was born for it. The puppies managed to stay still just long enough for this shot!

The Big Little Lies actress got a whole armful of puppy in 2019.

Page looked so smitten when this little puppy decided to take a full-on nap on top of her.

Finding Them Homes is an organization based in Ontario. They’re funded primarily through donation and fundraising efforts, and even though the TFF won’t occur this year you can still support this rescue here. For more updates on the Toronto Film Festival’s virtual happenings, check their website.