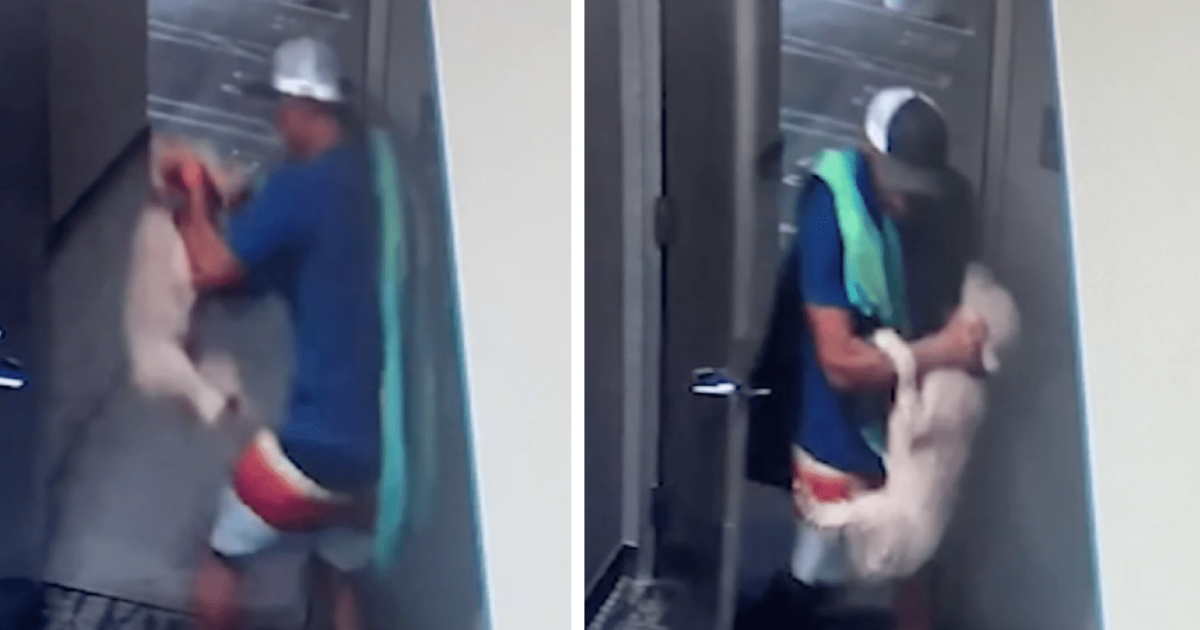 CCTV footage captured on August 22nd, 2020 at a Santa Monica apartment building has caused quite a stir. The video depicts a man named Jeffrey Previte abusing his dog Bici outside of his unit in the Seychelle Condominiums. Previte is the CEO of EBI Consulting, an environmental risk and compliance management consultancy firm.

Though Previte apologized, stepped away from his job, and rehomed the dog, several questions surrounding the incident remain. The incident is still under investigation by law enforcement.

The Night Of The Incident

A concierge at Seychelle Condominiums who wished to remain anonymous told The Daily Mail he overheard the dog’s cries.

“I heard the dog screaming and when I looked on the camera, I saw him beating the dog.”

In the disturbing footage, Previte grabbed his dog by the neck, smacked him, and even pushed him against the wall. The concierge then filed a report with the building’s management and informed Previte that he had the footage and intended to write a report.

“He became irate… and then he hung up on me. He apologized the next day, but I didn’t think it was a sincere apology.”

You can view the footage of the incident here, but be warned it contains images that may be disturbing to some.

“Words Are Not Enough Here”

Previte later issued an official apology to his friends and colleagues. He wrote:

“I want everyone to know that I truly regret my actions on August 22, 2020. Words can’t fully describe how sorry I am for what happened. I lost my temper and took unreasonable and unjustifiable action in attempting to discipline my dog Bici.”

Previte also acknowledged that an apology might not seem like enough, so he’s taking action to better himself.

“As I have said, words are not enough here, Bici is no longer living with me and is with another loving family. I have also stepped away from my job and am enrolling in anger management training.”

Previte’s Actions Have Been Reviled And Defended

“Please trust me here, Jeff certainly regrets the zealous discipline of the dog for peeing the rug, but I assure you this is absolute nonsense. He’s an extremely kindhearted, sensitive, caring and thoughtful person with zero cruel or abusive tendencies. He’s truly the opposite of cruel or abusive.”

The building management company wrote in a statement that they found Previte’s actions reprehensible.

“Building management stands behind our employee and we took swift action including contacting animal control and directing the resident to cease all contact with our employee. We continue to evaluate other measures that can be taken with our counsel.”

However, the concierge who reported the incident said the management company initially did not take his concerns seriously. Both Nolan and Jeffrey claim that the concierge tried to extort money out of Jeffrey with the footage.

“This has been weeks in the making, including attempted extortion, crazy false accusations, and building management ineptitude.”

The silver lining of the entire mess is that Bici no longer lives with Previte. Anyone with concerns or additional information can contact the Santa Monica PD at (310)458-8451 or by email: crimetips@smgov.net.